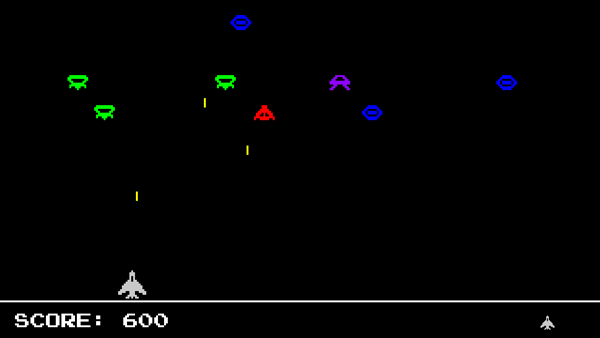 Invasion is a simple retro game in the spirit of the Atari 2600 games Space Invaders and Megamania.  Aliens are invading and the player takes on the role of a fighter pilot trying to stave off waves of alien ships.  The longer the player plays, the more difficult the game becomes.  Language content is minimal, with game play being the focus.  This game is great for immersion environments.

The game’s text is all that needs to be translated.  The game’s title, menu options, “score” on the game play screen, etc.